If you’re on a wildlife escapade in Sri Lanka, hold your breath because the country’s natural bounty is about to knock the wind out of you. A growing ecotourism hotspot, Sri Lanka boasts of an incredible number of endemic species and biodiversity. The island nation is home to over 120 species of mammals, 171 species of reptiles, 106 species of amphibians and 227 species of birds. And if you’re in search of Moby Dick, Sri Lanka also has one of the world’s largest populations of blue whales and sperm whales. Most of the country’s biodiversity is protected in national parks and wildlife sanctuaries, and each hosts its own unique set of characteristics.

YALA NATIONAL PARK
Possibly one of the best in Asia for mammals, Yala National Park is Sri Lanka’s premiere wildlife reserve. The park is located along the country’s southeastern coastline and is known for its population of 30 odd Sri Lankan leopards. Yala’s diverse freshwater, marine, and woodland ecosystems are perfect to spot sloth bears, the sambar deer, spotted deer, buffalos, wild pigs, stripe-necked and ruddy mongooses, langurs, toque monkeys, golden jackals and the Indian palm civets. For all birding enthusiasts, the park also has over 200 avian species.

UDAWALAWE NATIONAL PARK
A hotspot for viewing Asian elephants, this national park was created to protect the Udawalawe Reservoir. A largely grassland ecosystem, there is little else in the area other than the gentle giants—Udawalawe is considered the best in the continent for them—that you’re almost guaranteed to sight. Birders, however, can find an abundance of changeable hawk eagles, serpent eagles and grey-headed fish eagles. 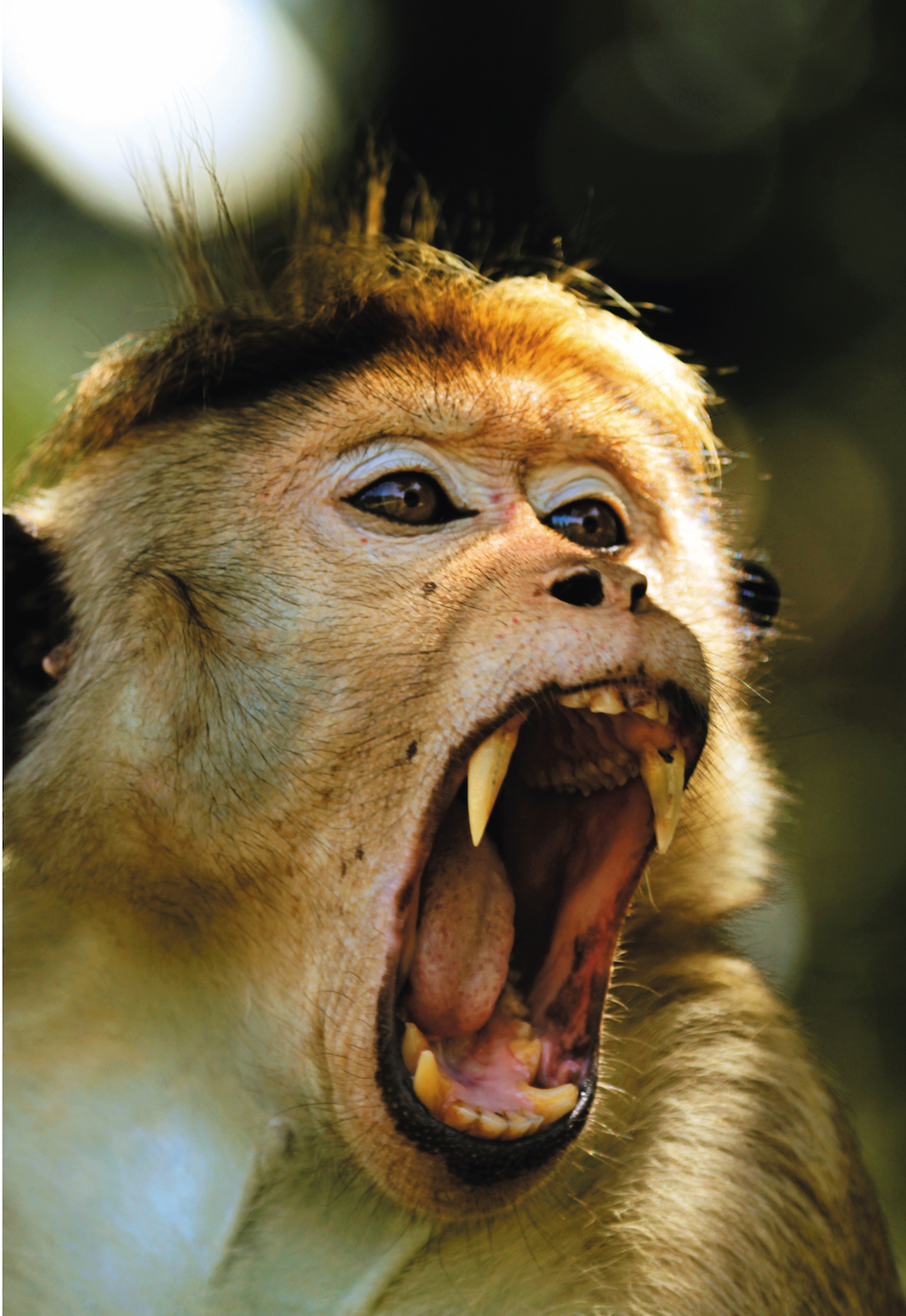 A monkey baring its teeth

KUMANA NATIONAL PARK
Also known as the Yala East National Park, Kumana is home to around 20 reservoirs and lagoons. The Kumana Villu mangrove swamp is intermittently flooded by sea water and the national park at large supports over 200 species of both migratory and endemic birds. The only mammals in the park are shared with the neighbouring Yala National Park.

SINHARAJA FOREST RESERVE
Speaking of birds, Sinharaja—the country’s leading rainforest—is known for its flocks of mixed-species of birds that call it home. Interestingly, endemic species like the red-faced malkoha, green-billed coucal and Sri Lankan blue magpie, among others, can form one flock. The reserve is also populated by leopards, purple-faced langurs, barking deer and different types of squirrels. 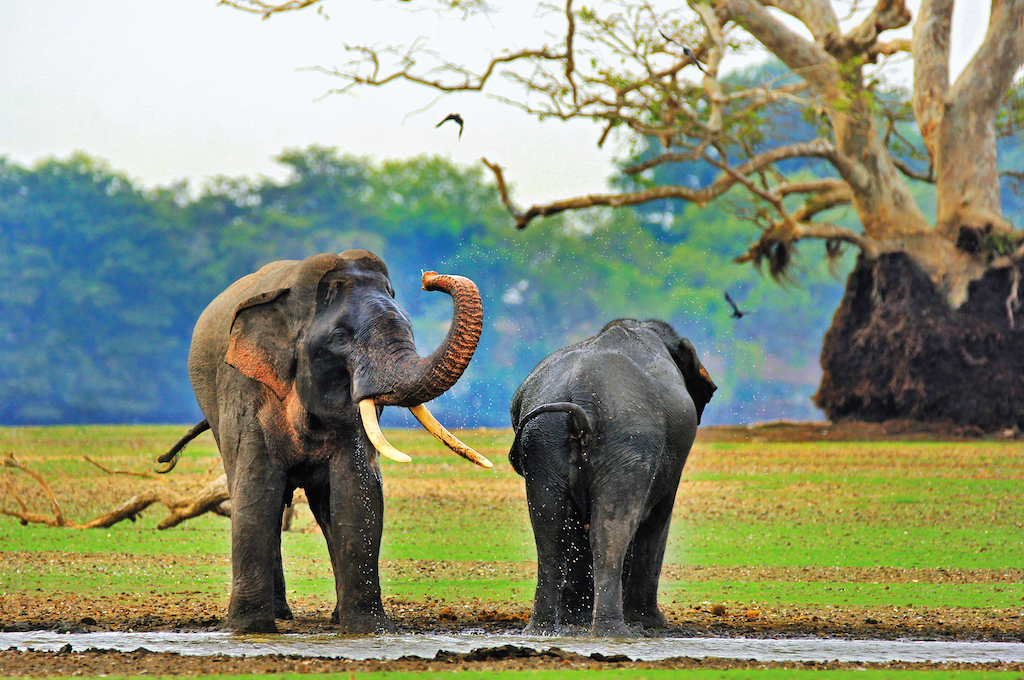 WILPATTU NATIONAL PARK
Sri Lanka’s largest wildlife sanctuary, Wilpattu is about a four-hour-drive from the capital, Colombo. The park re-opened in 2003 and is home to the elusive sloth bear. With nearly 50 wetlands, visitors can also spot leopards, Asian elephants, jackals, sambar deer, water buffalos, crocodiles, and spotted deer, among others, in Wilpattu.

HORTON PLAINS NATIONAL PARK
The highest plateau in Sri Lanka, Horton Plains is known for its unique flora and fauna that’s adapted to the cooler climate. The nine kilometres of picturesque hiking trails reveal sightings of the Sri Lankan whistling thrush and Sri Lankan bush warbler. Horton Plains is the country;s only home for the dwarf lizard, which has adapted to giving live birth since it is too cold for it to lay eggs. Visitors can also spot wild boars and macaques here.

In Sri Lanka, Jetwing Hotels opens its doors to the first guests at their latest boutique resort –...

Sri Lanka became the cynosure of all eyes at the...

Say ‘ayubowan’ to a world of adventure

Say 'ayubowan' to a world of adventure; with a burst of flavour, culture & celebration!...

CNN — Whether you want to relax on a remote island off the coast of Africa, ride Germany's...

Any cookies that may not be particularly necessary for the website to function and is used specifically to collect user personal data via analytics, ads, other embedded contents are termed as non-necessary cookies. It is mandatory to procure user consent prior to running these cookies on your website.